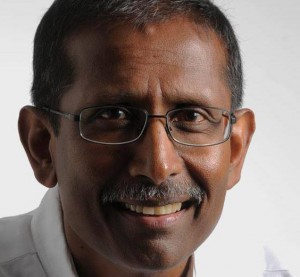 Alan John is a journalist, writer, trainer and volunteer. He is the director of the Asia Journalism Fellowship, an annual programme of Temasek Foundation International that brings seasoned journalists from across Asia to Singapore for a three-month visit. The fellowship allows journalists to get to know Singapore and life on the Little Red Dot, and also enables Singapore to build bridges with communities across this vast continent. Eight batches of Fellows attended the programme while it was hosted at the Wee Kim Wee School of Communication and Information at the Nanyang Technological University until 2016. Since 2017 the programme has been hosted by the Institute of Policy Studies, which is part of the National University of Singapore’s Lee Kuan Yew School of Public Policy. See http://www.ajf.sg for news about the fellowship programme.

In 2018 Alan joined the South China Morning Post in Hong Kong as a consulting editor, copyediting stories and highlighting ways to raise quality. He spends three days a week working with reporters and editors at the newspaper’s City Desk, and visits the newsroom quarterly. He has conducted training or workshops for writers, editors and corporate communications executives at Singapore Press Holdings, MediaCorp and the Housing Board.

Alan retired as deputy editor of The Straits Times in September 2015 after 35 years at the paper as a writer and editor. He was in charge of various sections of the paper over the years, with stints heading the Political Desk, News Desk, Enterprise Desk and night operations. He was also supervising editor of The Sunday Times. He regularly directed The Straits Times’ coverage of major news events, and worked closely with talented writers, photographers, artists and designers who produced several award-winning special reports.

As an in-house trainer, Alan designed and conducted the long-running Being an Editor programme for new newsroom supervisors in Singapore Press Holdings publications and was well-regarded as a mentor to younger editors and journalists. He was a regular speaker at events organised for newsmakers, advertisers, schools and other groups.

Alan’s first book, Unholy Trinity (1989, Times Editions, and 2016, Marshall Cavendish), gives a straightforward account of the tricks and cruelty of child killer Adrian Lim. The 2016 reprint included a new chapter that told the story of the Good Shepherd nun, Sister Gerard Fernandez, who co-founded the Roman Catholic Prison Ministry and counselled Adrian Lim’s accomplices, his wife Catherine Tan Mui Choo, and lover Hoe Kah Hong for several years before all three were hanged. The nun had refused to be interviewed for three decades, before finally saying yes. That belated addition to the book moved many readers, including Singapore film-maker Chai Yee Wei who, in late 2018,  made Sister, a short film about Sister Gerard, Catherine and Mui Choo. It is part of 15 Shorts, a series of films about unsung heroes from over the years and a collaboration between the National Volunteer & Philanthropy Centre and Blue3Asia.

His second book, Good Grief! Everything I Know About Love, Life & Loss I Wish Somebody Had Told Me Sooner, (2016, Straits Times Press), is a collection of personal columns published over the years in The Straits Times.

In December 2018 Alan embarked on his latest adventure as a writer of children’s books. He worked with artist Quek Hong Shin on The One and Only Inuka, about the only polar bear born in the tropics. Alan and Hong Shin worked together for several years at The Straits Times but hardly ever spoke to each other. They reconnected over Facebook after both left the paper, and met for coffee one day, by which Hong Shin had already written two well-received children’s books. Alan asked Hong Shin if he would collaborate on a book about an elephant and surprise, surprise, Hong Shin said yes. STPress said yes to their idea for an animal-themed series, but Inuka turned up first. Their second book, Ubin Elephant, based on the true story of a young elephant that swam to Singapore from Malaysia, appeared in December 2021. The series is finally happening, but it takes time. Stay tuned for the tiger coming up next.

Born in Kuala Lumpur in 1953, Alan attended St John’s Institution and is an Arts graduate of the University of Malaya. He has a Post-Graduate Diploma in Social Work from the National University of Singapore.  He worked for four years at The New Straits Times in KL before moving to Singapore in 1980 to join The Straits Times. He has been a Singapore citizen since 1989.

Alan has been drawn to voluntary work throughout his life and much of it has to do with attending St John’s Institution for 12 years and having the mission of the Christian Brothers rub off some. He spent several years as a telephone helpline counsellor, first at the Befrienders in Kuala Lumpur and then at the Samaritans of Singapore. A life member of Action for AIDS, he was a volunteer with AfA’s anonymous testing centre and, as a member of the Catholic group Care, befriended patients with HIV and AIDS at Tan Tock Seng Hospital’s Communicable Disease Centre for several years.

One year he went back to university to get a social work diploma and enjoyed a class with Dr Myrna Braga Blake, about family and how our families impact us for life, for better or worse. Some time after the course was done, Myrna contacted Alan and said: “Come with me.” And she made him start as a management committee member of PAVE, Singapore’s pioneer domestic violence agency.  Aside from watching some of the most dedicated social workers in action, he has co-facilitated group work for men who abuse. In 2018 he worked with PAVE’s social workers and produced When Love Hurts (2018, Straits Times Press), a collection of true stories about women, men and children living with violence. The book is dedicated to Myrna.

Alan is married to journalism lecturer Hedwig Alfred, Assistant Chair of Nanyang Technological University’s Wee Kim Wee School for Communication and Information, and they have two children. Hedwig has put up with all his nonsense since 1981 and deserves a medal. He cooks for her.